The position of a freely falling mass is recorded by a high voltage discharge through the mass and an adjacent strip of paper every one-sixtieth of a second. Students measure the distance between marks on the paper in order to calculate the average velocity of the mass. Since acceleration due to gravity is uniform, the average velocity is also equal to the instantaneous velocity at the midpoint of the chosen interval. Thus, the acceleration due to gravity may be found by finding the difference between at least two instantaneous velocities and dividing that by the time interval between them (friction being considered negligible). 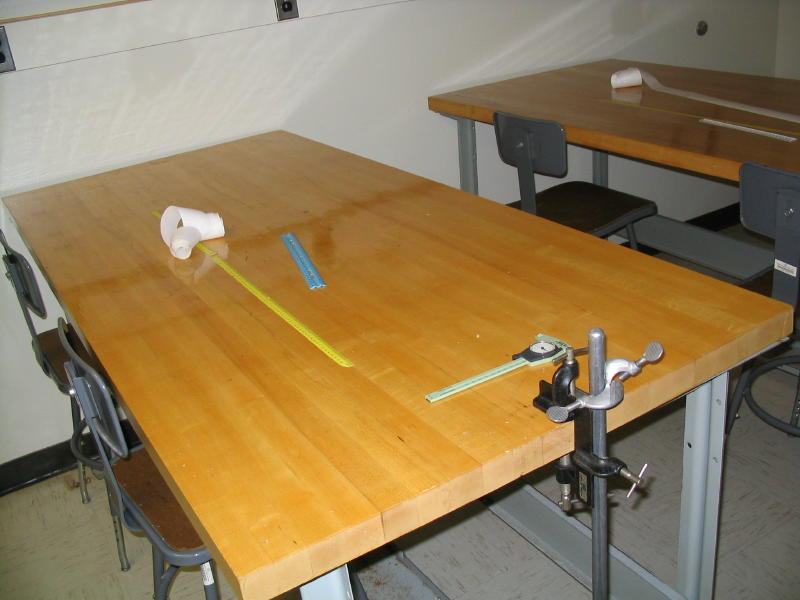 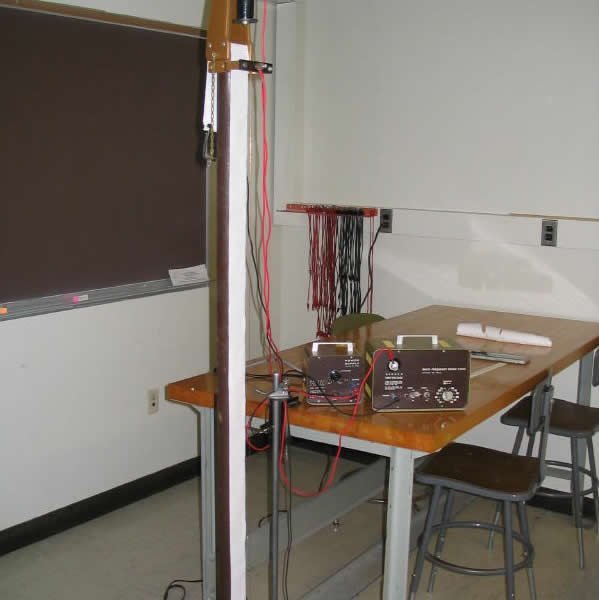 Some instructors prefer fresh tapes that have not had points circled or numbered previously. Find out if that is a requirement.

The wires on the freefall tape generator are very fragile. Move and store the apparatus with great care. Be prepared to install new wiring if any of the old are loose or fatigued. Always connect the power supplies properly and route wires neatly. ALWAYS USE PLUMB BOB TO PLUMB APPARATUS PRIOR TO TEST DROPPING THE MASS. This must be done every time the device is moved since the floor and rolling base are not uniform. The bob should hang slightly toward rear of center in the pocket. The mass must fall gently into padding and never knock against metal parts. The rolls of paper used are thermally reactive, like typical cash register paper, not plain adding machine tape. Because the apparatus is fragile, tempermental, and slightly dangerous, counterfeit tapes may be generated by pushing a sharp needle or pin through a stack of plain adding machine tapes with one genuine original on the top as a guide. (Don\\